Brahmi Ghrita is the well known ayurvedic traditional ghee based formulation for brain, which boosts brainpower and enhances memory. However, it has also been traditionally widely used for treatment of various mental diseases such as epilepsy and insanity. Furthermore, it is also medicated clarified butter used in female infertility.

Brahmi Ghrita pacifies vata and pitta humors. However, it is also calms the kapha humor. It contains bacopa monnieri as a main ingredient, which is considered efficacious herb in boosting memory. It may also be beneficial in treatment of dementia, Alzheimer’s disease and Parkinson’s disease.

Uses and indications of Brahmi Ghrita

Side effects and precautions of Brahmi Ghrita

There is no side effects mentioned in ayurvedic texts or reported by clients as such from prescribed therapeutic dosage of this preparation. It is advisable that ayurvedic medicine and treatment are generally considered to be safe when taken under the supervision and guidance of an Ayurvedic Doctor, but rarely may be associated with possible adverse reactions in individual cases. We recommend seeking urgent medical attention in the case of an adverse reaction.

Contact us to Buy or get more information on various range of ayurveda medicine in Melbourne  at Pure Herbal Ayurved Clinic .

Bachelor of Ayurvedic Medicine and Surgery from India

MD in Alternative Medicine from India

Bachelor of Ayurvedic Medicine and Surgery 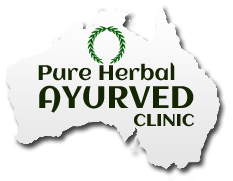