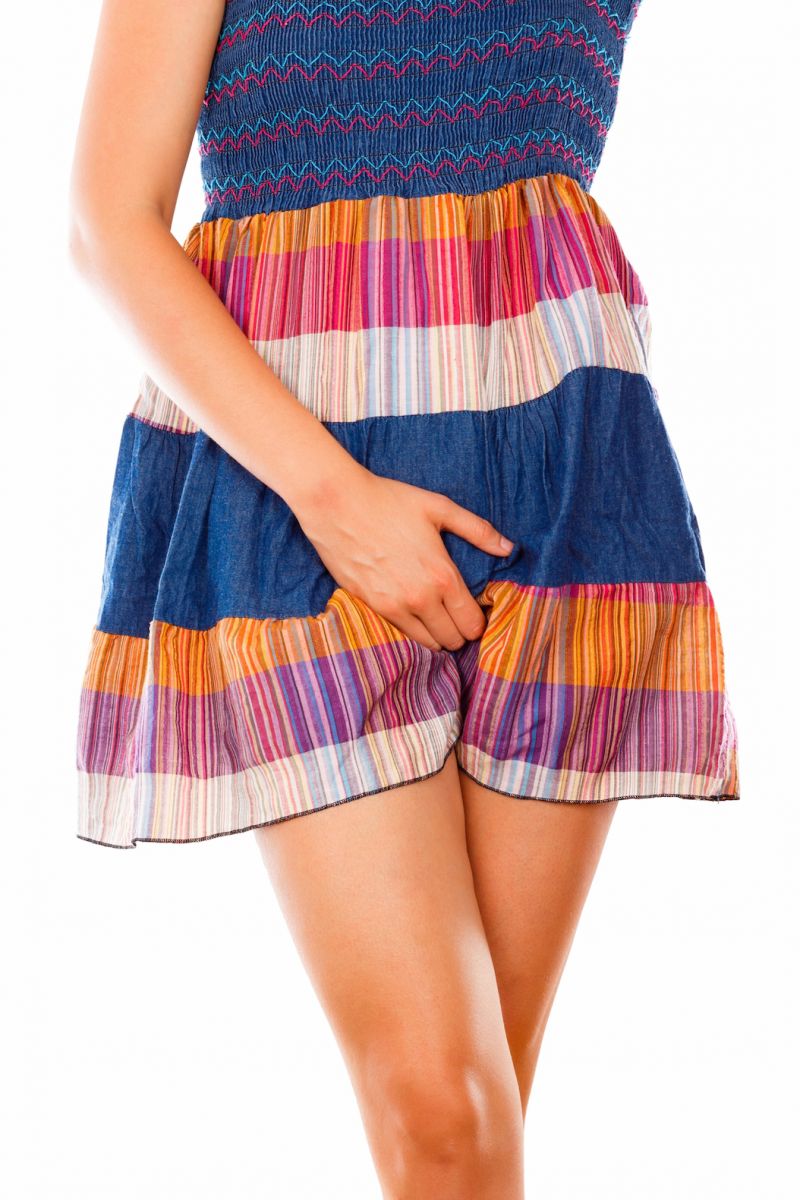 Asrigdara and Raktapradara are the Ayurvedic terms for Dysfunctional Uterine bleeding.

In women, there is periodical blood discharge through the vagina. This is because of the action of Vata Dosha. Menarche occurs between 12 to 16 years of age and menopause occurs around 50 years of age. Aartava is the Sanskrit term for menstrual blood. It performs three different types of functions.

In the form of Dhatu (Tissue): Artava, the seventh tissue in female is an essential factor for the formation of embryo. It is called as tissue when it serves the function of reproduction. Regular menstrual cycle and ovulation is important for conception.

In the form of Upadhatu (Sub-tissue): Substances that constitute the body but has no specific qualities to be generated like the Dhatu are considered Upadhatu. Also, unlike Dhatu, the functions of Upadhatu are limited. Artava is considered as the Upadhatu of first tissue, Rasa Dhatu. Nourishment and Sustenance of female genital organs and foetus are the main functions of Artava.

In the form of Mala: Artava or menstrual fluid that occurs regularly at monthly intervals and is excreted through the female genital tract is called Mala Rupa Artava (that is Artava in the form of wastes) due to presence of wastes or toxic substances in it. Its regular excretion is necessary for cleansing the female reproductive system.

It is important to know about the formation and excretion of menstrual blood in order to understand the pathogenesis of Raktapradara. Ingested food is digested under the action of digestive fire and Bhutagni (Elemental fire) and differentiated into two portions – nutrients and waste. Wastes are excreted from the body through urine and faeces. Just after completion of the action of digestive fire, the action of metabolic fire related to Rasa Dhatu (Rasadhatvagni) begins. Rasadhatvagni along with Bhutagni differentiates the Rasavaha Srotas Annarasa (Nutrient portion transported in Rasavaha Srotas) into two main parts – the Sthulamsha (Poshya or Major nutrient portion) and Sukshmamsha (Poshaka or Minor nutrient fraction). Rasadhatu proper will be nourished by the major nutrient portion whereas the minor nutrient portion will lead to the formation of Rakta Dhatu because of the action of Raktadhatvagni (Metabolic fire related to the blood tissue), Upadhatu (Sub-tissue) of Rasa - Artava (Menstrual fluid) and Stanya (Breast milk) and Dhatumala (Tissue wastes) – Kapha or Phlegm. Upadhatu can be considered as a tissue inferior in quality to the main tissue. Upadhatu nourishes the body, hence can be considered as supporting blocks to the main constructive blocks or tissues.

Time of formation of Rasa Dhatu from nutrient portion of food is 24 hours. Formation of Artava Dhatu takes one month approximately. Formation of tissues from nutrients is a continuous process like the moving wheel and depends upon strength of Agni. Although Rasa Dhatu is Soumya or Cooling, Artava formed from Rasa Dhatu is Agneya or Heating. This is because of the action of Panchamahabhutas and involvement of Agni during the transformation process of Rasa Dhatu into Artava. As the Shonita (Menstrual blood) has predominance of fire element, it is hot in nature.

During the reproductive period in females, uterine vessels and endometrial capillaries collect blood during 28 days through the Rajovaha Srotas (Channels carrying menstruation) and this collected blood is brought downwards to the vagina and excreted every month by the action of Vata, mainly Apana Vata which is a subtype of Vata located in the female reproductive system (Ref Sloka 1). This menstrual blood which is excreted is known as Aartava and the features of normal menstrual bleeding are explained in the below table.

Normal menstrual cycle occurs every month and the bleeding is normal, neither excess nor scanty and lasts for upto 5 days. However, in Raktapradara these criteria are affected. The quantity of menstrual discharge which is not very less nor more and does not cause any pathology during or after the menstrual cycle is considered the normal quantity. Any quantity which is different from this is considered as Raktapradara and is roughly estimated from the number of sanitary napkins the woman uses.

When a woman indulges in the above said causative factors, the three Doshas get vitiated leading to low digestive and metabolic fire. This vitiates the first tissue, Rasa. As Artava or menstrual fluid is the sub-tissue of Rasa, it gets vitiated too. Also, Rakta is vitiated because of Pitta vitiation and increases in amount because of the increase in the mobile and liquidity nature of Pitta Dosha. This leads to uterine congestion and increased uterine circulation along with Vata obstructed by Pitta Dosha. Increase of mobility nature of Apana Vata leads to excessive and irregular bleeding known as Raktapradara. The mobile nature of Vata Dosha, mobile and liquidity nature of Pitta Dosha are important factors in the pathogenesis of Raktapradara and are the main factors for profuse bleeding. (Ref Sloka 2)

Apana Vata and Vyana Vata play an important role in genesis of Raktapradara. Both these subtypes of Vata are vitiated in Raktapradara.

Due to blockage of circulatory channels or depletion of tissues such as blood, Apana vata becomes imbalances in its properties and characteristics. The intensity of vitiation of Apana Vata affects the nature and severity of Raktapradara. The nature of menstrual discharge will be non-slimy, scanty with clots if the dryness, coldness and roughness properties of Apana Vata are vitiated. Whereas if the lightness, mobility and minuteness properties of Apana Vata is vitiated, then there will be increased bleeding and severity of Raktapradara.

Vyana Vata is responsible for all activities and functions in the body. Its vitiation will lead to impairment in the normal functioning of Rajovaha Srotas or channels carrying menstrual fluid and may lead to deformities in the fetus or miscarriages. 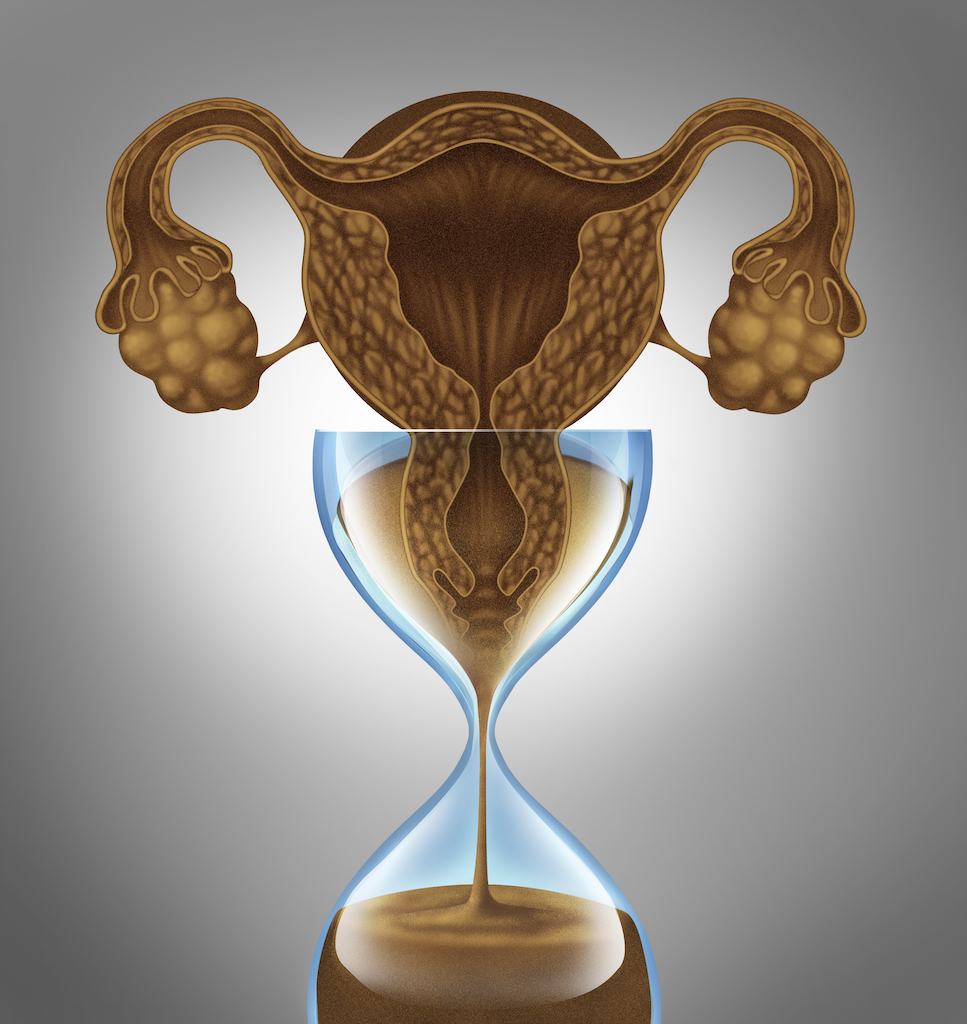 Cardinal symptoms of Raktapradara are excessive bleeding per vaginum, weakness and whole-body pain.

Causes: This type of Raktapradara is caused due to vitiated Vata Dosha.

Causes: This is caused by vitiated Pitta Dosha. Excess intake of sour, salty, hot, alkaline substances such as yoghurt, alcohol, wine increase Pitta and vitiates Rakta producing Raktapradara. Sun bathing increases hotness property of Pitta and leads to Raktapradara because of the hotness and vitiation of Rakta caused by provoked Pitta.

Pathogenesis: The hotness, liquidity and mobility qualities of Pitta get vitiated. As Pitta resides in Rakta, hence vitiation of Pitta leads to vitiation of Rakta as well causing Pittaja Raktapradara.

Causes: Imbalanced Kapha Dosha is the cause of this type of Raktapradara. Kapha gets vitiated because of excess use of heavy to digest, unctuous and cold food items such as milk pudding, red meat, etc. Being predominant in earth and water elements, these type of food items move in downward nature helping in normal excretion of waste products. Also, Kapha Dosha provides nourishment, hence increase of Kapha enhances the blood flow to the endometrium leading to Raktapradara. Sleeping during daytime increases Kapha Dosha. Intake of incompatible food and food before digestion of previously taken food leads to Ama or endotoxin formation which provokes all three Doshas and these vitiated Doshas get lodged in the reproductive organs thereby increasing the menstrual blood flow.

Pathogenesis: Due to indulgence in above causative factors, there is increase of unctuous and liquidity properties of Kapha Dosha and Ama (endotoxin) formation leading to low digestive and metabolic fire thereby vitiating the first tissue, Rasa (Lymph). As menstrual blood is the sub-tissue of Rasa, it gets increased in quantity.

Causes: Vitiation of all three Doshas causes this type of Raktapradara especially in an anemic or severely ill women when she indulges in incompatible diet which aggravates all three Doshas.

Symptoms: Clinical features of all three Doshas are present.

Virechana (Therapeutic Purgation) is the best therapy for Raktapradara as it is mainly indicated in vitiation of Pitta Dosha. As treatment of Pitta Dosha is beneficial for Rakta also, hence Virechana is beneficial for vitiation of Rakta as in Raktapradara. Jeerakadi churna is given twice a day, half an hour before meals for 3 days for Ama Pachana, followed by Snehapana for 5 to 7 days with Mahatiktaka ghrita till signs of proper oleation appears. Abhyanga (Ayurveda massage) with Dashmool or Kshirabala oil and Pariseka Swedana (A type of fomentation therapy where lukewarm water or oils are poured on the body in a rhythmic manner) with lukewarm water are done daily before administration of Snehapana. During this period, specific diet and lifestyle protocol, that is drinking lukewarm water in small quantities, dry ginger infusion, taking light to digest food, eating only when hungry, not sleeping during daytime, doing mild exercise, avoiding over exertion are practiced. After signs of proper oleation appears, Abhyanga and Parisheka Swedana are done and Virechana medicine (Trivrit Lehya) is administered on empty stomach. Purgation occurs for approximately 4 to 5 hours. Then specific diet regimen advised by the physician is followed for 5 to 7 days.

Basti (Therapeutic Enema): Yoga Basti, that is Basti treatment for 8 days is beneficial. Madhukadi Anuvasana Basti, Mustadi Yapana Basti, Rasnadi Niruha Basti are used in Raktapradara. Beginning with Anuvasana Basti, Niruha and Anuvasana Basti are given alternatively and at the end two Anuvasana Basti are given in a span of 8 days. After this process, Uttarabasti (Intra – Uterine enema) with Panchavalkala Kashaya is given for 3 consecutive days at the end of menstrual cycle. This is repeated every month for upto 3 to 6 months. As just after menstrual cycle, the internal orifice is still open, the uterus receives the herbal medicine easily, hence brings beneficial results. Also, as medicines administered through the vaginal route does not pass through the gut, it does not undergo metabolism. There is effective drug absorption because of the vast network of blood vessels in the uterus and hence targeting of herbal medicine to the reproductive organs for optimum results is achieved.

Nasya (Nasal Cleansing): Plain ghee, Vasa ghrita, Shatavari ghrita, fresh juice of Vasa or leaves of lotus can be used for Nasya therapy. Kapha, mainly Tarpaka Kapha which provides nourishment increases with the use of plain or medicated ghee in Nasya because ghee and Kapha have similar properties and according to Ayurveda, similar substances increase similar properties in the body. When Kapha increases, vitiated Vata Dosha subsides naturally. Hence Nasya is useful in Raktapradara. Also, when the herbal medicine is administered through the nasal route, it stimulates the processing center of the brain, hypothalamus which acts on the pituitary gland thereby regulating hormonal production and function in females. Nasya with ghee is known as Brmhana Nasya or Nourishing / Strengthening Nasal Therapy.

Oral Use of Herbs

Use of Diet, Herbs & Therapies in Raktapradara

In general, use of diet articles and herbs having sweet, bitter and astringent tastes is recommended in Raktapradara. Astringent and Bitter tastes have astringent property, hence arrest bleeding. Sweet taste is nourishing hence helps to nourish blood tissue and rejuvenate the body thereby reducing symptoms such as weakness and giddiness caused due to blood loss.