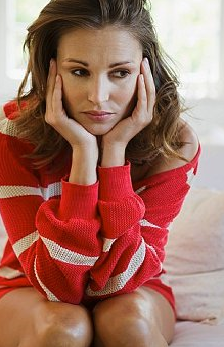 In present day busy lifestyle, we often skip breakfast or have ready to eat food for breakfast which lacks the essential nutrients. Also, insufficient intake of dietary proteins and iron also leads to compromised nutrition.

Indulgence in causative factors leads to vitiation of the three Doshas causing PMS. Ayurveda theory points to the buildup of Ama (metabolic toxins and impurities) and blockage of Aratava vaha srotas (Channels of menstruation) as a major contributing factor in PMS symptoms. When Ama accumulates in the female reproductive system, it leads to obstruction in the regular movement of Vata Dosha causing menstrual disturbances. Low digestive fire and unhealthy diet leads to Ama formation. Present day lifestyle is stressful which also aggravates the symptoms. Poor eating habits, sedentary lifestyle, improper sleeping pattern affects the biological rhythm of the body disturbing the normal physiology of menstruation.

The symptoms of PMS can include depression, irritability, mood swings, food cravings, weight gain, bloating, cramping, and acne. PMS symptoms vary according to whether the underlying imbalance is in Vata, Pitta or Kapha. The symptoms usually occur one to two weeks before menstrual period.

These are eight in numbers based on causative Dosha. (Ref Sloka 1)

Symptoms - Menstrual blood is red, black or dark brown in colour and is thin, scanty, frothy or with small clots. The menstrual blood is excreted slowly and with pain, especially piercing type of pain is experienced. The quantity of menstrual blood discharged is less. Associated symptoms such as general weakness, fatigue and discomfort can be noticed.

This type is mostly seen in malignant disorders of the reproductive organs, especially cervix.

This condition occurs mostly in acute infective condition of the reproductive system.

This occurs mainly due to mild hypo functioning of ovary caused by deficiencies.

Ayurveda treatments are individualized based upon a person’s Dosha imbalance. Specific symptoms of PMS, their related imbalances and possible treatments are explained below.

More than half of all girls and women suffer from dysmenorrhea (cramps during menstruation) all over the world. Irregular menstrual cycles and variation in bleeding pattern has become a challenging problem for women of all age groups including young girls, working class woman as well as housewives because of the changing modern-day diet and lifestyle.

According to Ayurveda, due to indulgence in causative factors, the aggravated Apana Vata (A type of Vata Dosha) obstructed in its normal downward flow, moves in upward direction and afflicts the uterus. Hence there is pain in uterus and menstrual blood is retained in the uterus and is pushed upwards because of vitiated Apana Vata leading to painful and irregular contractions causing discharge of menstrual blood with spasmodic pain and difficulty. The woman feels comfort immediately after discharge of menstrual blood.

Ayurveda describes the condition of Udavartini Yoni Vyapad that resembles dysmenorrhea (Ref Sloka 2). Dysmenorrhea is explained as a symptom and its Ayurvedic term is Kashtartava. Dull but throbbing pain occurs in lower abdominal region and radiates to the low back or thighs during menstrual period. It is associated with other PMS symptoms like Nausea, Vomiting, Diarrhea or constipation, Headache, Dizziness, Fainting and fatigue.

The likelihood that a woman will have cramps increases if she leads a stressful life, lack of exercise, uses alcohol, caffeine in excess and if she has endometriosis, uterine fibroids or pelvic inflammatory disease.

iii.         Shatavari powder is administered with cane sugar and caraway.

Because of indulgence in above said causative factors, Pitta Dosha, Vata Dosha and Rakta Dhatu (Blood tissue) are vitiated. According to Ayurveda, Menorrhagia is termed as Raktapradara. The aggravation of the Pitta Dosha is believed to be the cause of menorrhagia. In Raktapradara, aggravated Pitta envelops the Apana Vata (A type of Vata dosha) and vitiates it, thereafter these aggravated Doshas influences the Rajas (menstrual blood) thereby increasing the menstrual flow excessively both in amount and duration. Some women may experience abundant bleeding which can affect day to day activities. (Ref Sloka 4)

Raktapradara can be associated with PMS symptoms like abdominal pain, burning sensation, weakness in the body, nausea and rise in body temperature. There are also several possible causes of menorrhagia – hormonal imbalance, Pelvic inflammatory disease, uterine fibroids, Infection, tumors, or polyps in the pelvic cavity. 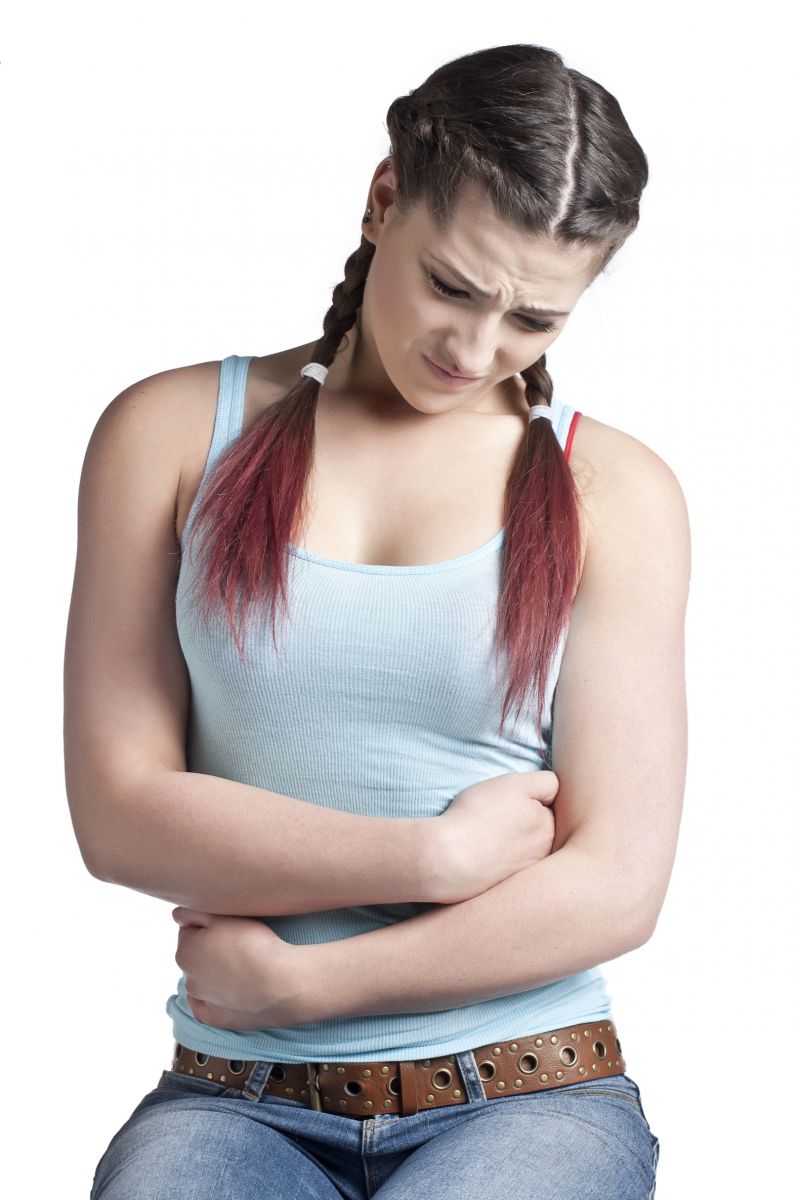 i.         Lajjalu is made into a paste and administered with rice washed water or juice of Durva (Cynodon dactylon).

In pathological amenorrhea, there is aggravation of Kapha Dosha causing Mandagni (Low digestive and metabolic fire) which then leads to deprivation of Pitta Dosha. Also, Kapha Dosha envelops the Vata Dosha and aggravates it. Then the vitiated Kapha and Vata Doshas obstruct the passage or orifices of channels carrying Artava (Artava Vaha Srotas), thus Artava (menses) is destroyed.

Absence of menstruation is the main symptom. Also associated symptoms may include weight gain, bloating, fatigue.

Amenorrhea or non-appearance of menstrual cycle can also be caused due to obesity, hypothyroidism, hormonal imbalances, PCOS and severe anemia.

·      As there is vitiation of Kapha Dosha, Vamana or Therapeutic emesis is beneficial. And for Vata vitiation, Anuvasana Basti (Unctuous enema) is beneficial.

i.         Intake of jaggery mixed with decoction of black sesame seeds daily morning.

ii.         Powdered leaves of Jyotishmati (Celastrus paniculatus), roots of Vacha (Acorus calamus), bark of Vijayasar (Pterocarpus marsupium) and alkali of Yavasa (Alhagi camelorum) with water is given orally every day.

v.         Use of Jyotishmati leaves fried in ghee mixed with juice of Durva.

viii.         Decoction of black sesame, Selu and Karavi mixed with jaggery is useful.

Ayurvedic treatment of PMS is a whole-body approach that can eliminate or reduce the severity of PMS symptoms. Ayurveda is a natural treatment that can decrease or prevent Premenstrual Syndrome symptoms by addressing the root cause of PMS. Ayurveda focuses on an individual’s lack of mental peace and inner joy and helps her balance her body, mind, and spirit, thus improving overall health. The focus of Ayurveda treatment identifies and addresses the cause of PMS.

Low digestive fire causes imbalances in Dosha and accumulates Ama or endotoxins in the channels of circulation causing obstruction to menstrual flow and making it painful. Also, indigestion or endotoxins can cause symptoms such as nausea, vomiting, bloating, constipation, headache, diarrhea, etc. during menstrual cycle. Hence correcting the digestive and metabolic fire is necessary.

Panchakarma therapies help in detoxification thereby cleansing the uterus and female reproductive system, thereby removing blockages and restoring balance of the three Doshas (Reference Sloka 5). Suitable Panchakarma is planned by the Ayurveda Practitioner according to the Dosha vitiation and health needs of the patient.

If diet and lifestyle are not followed during menstrual cycle, the Doshas are prone to get vitiated easily thereby leading to different menstrual problems such as scanty bleeding, excess flow, painful menstruation, irregular cycles, abdominal cramps, low back pain, anxiety, mood swings, constipation, bloating, nausea, headache, etc. As menstruation is a natural cleansing cycle which occurs every month in women, if it is regular and normal, then the body heals the imbalanced Doshas by itself, purifies the blood and lymph tissue and nourishes the reproductive tissue.  Thus, maintaining healthy menstrual cycle is important. Ayurveda has suggested diet and lifestyle to be followed during menstrual cycle.

Avoid physical overstrain, excessive exercise, lifting heavy weights, swimming, taking bath in public pools, sexual intercourse, massage, suppression of natural urges, day sleep, excess sleep, stress, adventurous sport activities as these interfere with the normal functioning of Vata Dosha which increases or decreases the menstruation. As the digestive and metabolic fire will be low during menstrual period because of aggravation of Vata Dosha, one should take light to digest food.

As every individual is considered unique, Ayurveda treatment differs from patient to patient. Ayurvedic treatment for PMS begins after thorough evaluation of Doshic imbalance by an Ayurvedic practitioner.