Principles and theory of Ayurveda

You Are Here :
Home
>
Ayurveda
>
Principles and theory of Ayurveda
Author : Gurnam Saini 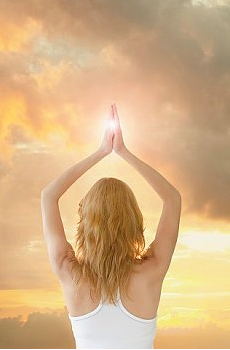 Ayurvedic medicine is oriented toward prevention, health maintenance and treatment.

Principles and theory of Ayurveda provide us an insight on the natural forces that govern our biological functions. Ayurvedic medicine believes that a disease is the by product of an imbalance in the body and mental elements that reduce the body’s resistance to diseases.

If we try to correct the imbalance, the body’s defence mechanisms are strengthened by herbal preprations, lifestyle changes and diet, then the body will resist a disease with a goal of eliminating it where possible.

Ayurvedic Herbal products widely used in Ayurveda are believed to strengthen the body’s defences. Although there may not be a current evidence base for all the ayurvedic medicines in comparison to modern medicine thats is completely current evidence based, scientific evidence is gradually developing worldwide with lot of researchers around the glode performing randomised controlled trials in support of the Ayurvedic concept.

The basic philosophy of Ayurveda is that everything in the universe, including life, is composed of 5 elements, called panchamahabhutas. These 5 elements are space (ether), air, fire, water, and earth. These elements are not recognized as physical elements but rather they represent principles unique to the particular element.

These five elements, in turn, give rise to 3 basic types Humours (or forces) that regulate the life cycle and control the entire human body. These humours called Doshas, are vata,pitta, and kapha. Vata arises from space and air, pitta from fire and water, and kapha from water and earth.

These Doshas(humors/energies ) contribute in various proportions to make up prakruti (the essential constitution) of an individual. Prakruti is the genetic in nature. Just as 3 doshas control regulatory aspects of the body, 3 gunas(physiological factors )—sattva, rajas and tamas—influence and control the mind.

Ayurveda also recognizes 7 dhatus (tissue elements): plasma, blood, muscle, fat, bone, nerve, and reproductive tissue; 3 malas (excretory products): faeces, urine, and sweat; and agni (energy metabolism). Any disturbance in any of these factors can give rise to disease. Because Dosha imbalance is at the core of every dysfunction, keeping doshas in balance will maintain good health.

Ayurveda emphasizes the intrinsic relationship between the body, mind, and consciousness. According to Ayurveda scholars, any imbalance in consciousness (or awareness) leads to undesirable personal lifestyle practices resulting in disharmony and disease process. That is why, in Ayurveda, mind–body interventions such as meditation and yoga are essential to disease treatment and prevention.

The concepts stated above reflect the depth of Ayurveda as a complete health care system. Over the years Ayurveda Practitioners have been using these Principles and Theory of Ayurveda to support Natural Therapies in Knox Melbourne.