Get Acquainted with Ayurveda Medicines & Ayurvedic Treatment in Melbourne

You Are Here :
Home
>
Get Acquainted with Ayurveda Medicines & Ayurvedic Treatment in Melbourne 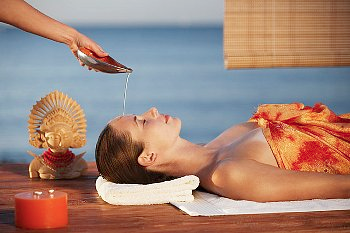 Ayurveda is considered to be the science of life and art of healthy living and longevity. Ayurveda is known to restore and preserve health of the whole body and mind. It is believed to be most ancient system of healing science traditionally used in India since 5000 years.
In ayurvedic texts, more than 1500 herbs, their medicinal actions and uses are explained. There are more than 10000 medicinal preparations given in ancient books of ayurveda. Charak Samhita, Sushruta Samhita and Ashtanga Sangraha are ancient ayurvedic texts and encyclopaedias in which the basic principles of ayurveda are described.
Ayurveda is also known as mother of all health sciences and preventive or hygiene sciences. It is the first known science in which preventive measures are given. Nowadays, Ayurveda is well recognised as alternative medicine by W.H.O.
The aim of ayurveda is to prevents the body and mind from diseases and treat the diseases if person suffers. Furthermore, it has holistic approach to integrate the body, mind and soul. It assists to balance the constitution of the body and qualities of the mind. It promotes wellness and precludes ailments.

Natural Or Ayurveda Treatment In Melbourne

In ayurveda, herbal medicines are used in crude form or extracts derived from herbs and given for treating diseases. These natural medicines are human friendly derived from some vegetables, spices, herbs and natural resources so ayurvedic medicines are generally considered well tolerable.
Ayurveda has holistic approach to treat patient. Treatment of ayurveda is based on the theory of restoration of health and comfort throughout the body and mind. Ayurveda works on the root causes of a disease.
Medicines may be different for each individual as per characteristics of body, mind and native place or surrounding environment. This is an established fact in ayurveda. Therefore, practitioner of ayurvedic science prescribes herbal or ayurvedic medicines as per that or according to body and mind constituents.

Effectiveness of Ayurveda & Their Treatment

Ayurvedic science has variety of herbs and products to detoxify the body. These herbal products aid to restore health and prevent diseases. Ayurvedic physicians are using same herbs since the birth of ayurveda. Ayurveda was evolved approximately 5000 years ago. Since ancient times, it is working effectively and now a days becoming popular and recognised as complementary medicine worldwide.
Ayurvedic medicines are generally considered as effective as they were in ancient times. What is the reason behind its efficacy. Reasons are as follow:
Ayurveda has principle of five elements: It explains about the basic formulation of everything that present in this universe. According to this principle, everything is built up of five elements Vacuum, air, liquids (water), fire and earth. Human body also consists of these five elements. Characteristics of every individual vary as per proportion of these five elements. According to characteristics, medicines will be different for every individual. In ayurveda, medicines are prescribed according to individual’s need not just to treat a disease.
Ayurveda has another principle. However, it may seem to be similar as principle of five elements but it is basic principle on which every ayurvedic practitioner practice the ayurveda. Three humours are present in every individual. However, five elements are building blocks of these three humours but have their own significance.
According to ayurvedic science, diseases are occurring due to imbalance of these three humours. The imbalance may be due to external environmental factors such as pathogens, dust particles and accidents or may be due to wrong in diet and lifestyle. Due to these reasons, disease occurs in human.
Therefore, ayurvedic practitioner tries to preserve health by maintaining balance of these three humours. Medicines may be different in each individual for similar disease due to differential analysis of these three humours and representations of symptoms of disease.

Ayurvedic medicines are  generally considered safe when taken under supervision of qualified ayurvedic practitioner.  However rarely may be assoicated with possible adverse reactions in individual cases.
In Ayurveda each herb has specific description about their uses, action, type of person in which it should be given, impact over each humour and periods of intake. This helps to physician to select medicine according to individual type. Therefore, there are fewer chances of side effects of ayurvedic medicines.

How can I Take Ayurvedic Medicines & Herbs?

Ayurvedic medicines should only be taken after consultation with a qualified ayurvedic practitioner. Genenral examples of ayurvedic herbal products are given underneath:
•Tablets and Capsules of herbal extracts
•Single herbal capsules
•Herbal powders
•Herbal confections
•Herbal juices
•Ayurvedic teas
•Creams and lotions

Why Us Our Goal Pooja Saini Gurnam Saini