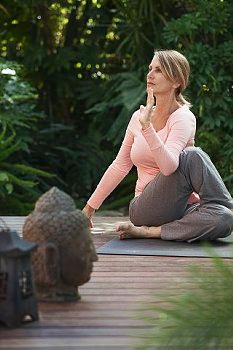 Ayurvedic Practitioners at Pure Herbal Ayurved Clinic have been spreading  Ayurveda and its practices and bring to you the Ayurvedic Medicine in Melbourne, Australia. Ayurveda believes in holistic treatment and not in superficial diagnosis and prescription of medicines. So the initial consult can easily take around an hour.

Ayurveda principles are disease-prevention and health management. It is based on a view of the world and of life that draws directly on nature. According to this view, the elements, forces, and principles that comprise all of nature – and that hold it together and make it function – are also seen in human beings.

Why consider Ayurveda in your supporting your health?
Ayurveda holds the distinction of being  one of the oldest health care system and provides herbal remedies for vast range of health problems. The herbs are generally considered safe.
In Ayurveda the mind (or consciousness) and the body (or physical matter) not only influence each other – they are each other. Together they form the mind-body. The universal consciousness is an intelligent, aware ocean of energy that gives rise to the physical world I perceive through our five senses.
Ayurvedic philosophy and practices connect us to every aspect of ourselves and remind us that we are connected to every aspect of nature, each other, and the entire universe. There can be no mental health without physical health, and vice versa.

Gurnam Saini and Pooja Saini are the Ayurveda Practitioners working in Australia. They have experience of providing teaching and awareness to general public as well as ayurveda experts regarding the wisdom of this ancient health system. Ayurveda, a Sanskrit term that means “information of lifetime,” is a five thousand year old practice that teaches us how to live in balance with the natural world. It marks usage of day-to-day and cyclical regime (incorporating food, yoga, and meditation), herbs, cleansing remedies, and a life-affirming psychological approach.
Gurnam Saini and Pooja Saini during their consultation for the decade have discovered that even individuals who may practice exercise frequently, eat a well-proportioned, low-calorie diet and may take vitamin complements still become sick. Cutting-edge malice of their strengths, somewhat is still missing-they are not paying consideration to their internal survives of intellect and essence and are out of sync by their individual patterns and the universal rhythms of nature. They may lack relationship and deep understanding of their innermost egos and their external domain.

Regular Ayurvedic exercises may cultivate the entire human and deliver tools to construct those relations. The body’s natural patterns and physiology are listened to, allowing you to healthier comprehend physically and your place in the ecosphere and transporting you to a state of gentle desire, a delightful sense of unity with the completeness of the cosmos. You are in equilibrium, and indications of illness – the signs of imbalance – fade away.

Many studies show that meditation, a cornerstone practice in Ayurveda, has a wide variety of effects on the body. A 1996 study, published by the American Heart Association, showed that meditation significantly reduced high blood pressure, a major risk factor in heart disease and stroke. Another study, of two thousand meditators, conducted in 1987 found that meditators visited doctors half as often as the average non-meditating American and had lower than- normal rates for cancer and heart attacks.

Learns more about Ayurveda at Pure Herbal Ayurved Clinic, the best Ayurvedic Clinic in Melbourne.
Like any healing modality, Ayurveda is most beneficial when practiced at the hands of an experienced professional. However, due to the fact that Ayurveda is based primarily on holistic dietary and herbal remedies, it can mostly be practiced safely by those wishing to attempt to heal them. As long as the measures taken by an individual are reasonable and within the guidelines of common sense.
The caveat with this type of approach, however, is that without the guidance of a trained professional, it may take longer to achieve the desired healing or results. This is not to say that substantial improvement in many conditions and overall health may not be had relatively quickly. On the contrary, it simply means that due to the trial and error nature of ‘do-it-yourself healing’, it may take longer to figure out exactly what are the true causes of illness and find the appropriate remedies/lifestyle modifications.
Ayurveda, like all philosophies, is a worldview or model that tries to make order and sense out of life. It may seem a bit confusing initially. The Sanskrit terms may sound unfamiliar, but Ayurveda may represnt to some as a new way of looking at life the in-depth and practice of Ayurveda is a lifelong endeavour.
However, the basic principles of Ayurveda are easy to grasp because they are simple and you can observe them directly in your daily life. As you learn about this system, more and more of the principles will fall into place. With the clarity and deepening understanding that comes with everyday practice, you become a seer, a seeker of truth, and a scientist, using yourself and the world as your laboratory in which to test the veracity of its principles.